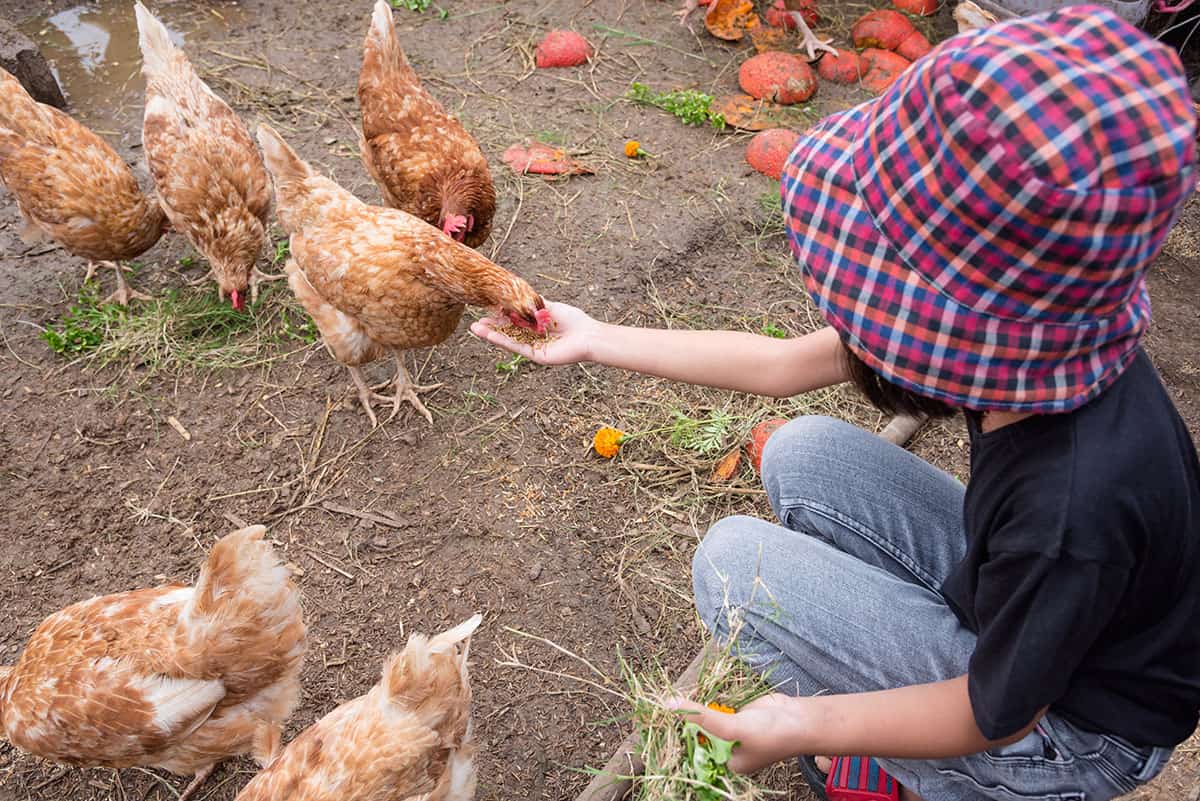 If you’re looking to enter the world of chicken keeping, you’ll be amazed to see the various habits that chickens regularly display. While they may seem like highly sociable animals on the front, various myths and truths are yet to be uncovered in chickens.

One common question that many first-time chicken owners tend to wonder about is whether chickens are territorial. After all, chickens are commonly seen together, whether free-ranged or in a coop. So, are chickens territorial?

Chickens are mainly territorial. This is common behavior within chickens, and if wrongly managed, you may have a handful of problematic chickens that refuse to share a coop together. This habit becomes more evident when you try to introduce new birds to the flock or when there is insufficient space within a coop.

However, it’s also good to know that not all chickens are bred the same. So, how will you know when your chicken is territorial and when they aren’t? Subsequently, what can you do when they do present signs of being territorial? Let’s find out.

How to Know If Your Chickens Are Territorial

Typically, your chickens will become more territorial when there is a lack of space in the coop or run. While chickens regularly enjoy socializing with each other, being placed in a crowded coop may cause your chickens to attack one another.

Chickens will also become highly territorial at the sight of new birds being introduced to the flock. Thus, you’ll have to be careful if you’re looking to add more chickens to your existing coop. Young chicks are usually more vulnerable to being attacked, so they should be introduced slowly or kept apart from your existing flock.

What to Do If You Have Territorial Chickens?

To chicken keepers, territoriality can bear a big headache as you must reconsider their living arrangements and the way you rear them. So, what do you do if you have very territorial chickens? Here are some tips.

Luckily, this doesn’t have to be the issue for a long period. As your chickens warm up to the rest of the flock, you’ll eventually find them to be less territorial in the long run. You may also try to establish what experienced farmers call the pecking order by pinning down territorial chickens each time they begin to bully your milder natured chickens.

The way your coop is set up can also affect the territorial nature of your chickens. If you notice a territory dispute caused by fighting for food or water, you may consider placing your feeders in more open areas of the coop as opposed to the corner.

This frees up more space between your chickens as they feed and reduces the instances when your chickens find the need to fight for their territory. It’s a good way to cut down on cranky chickens, and you’re likely to find your flock living together better in the long run.

In general, you’ll need a nesting box for every 4 hens to help lessen these territorial squabbles.

However, if you notice that your chickens are typically only fighting for a single nesting box, then you may try removing the dividers between your boxes. This creates a large community nesting box, allowing your chickens to nest comfortably without having to fight for what appears to be a crowd favorite nesting box.

Provide Your Chickens with a Safe Space

Separately, it’s also good to know that chickens are usually territorial only when they’re looking to protect themselves. If you have a coop that is vulnerable to wild predators like foxes or snakes, it’s common to see the territorial behavior in your chickens.

To help curb this, it’s best to reevaluate the safety of your chicken coop. Putting up fences and closing holes where predators can reach your chicken will help ease your chicken’s fear and need to be territorial. Over time, your chickens will appear less stressed and put their fight for a territory to a rest.

How to Introduce New Birds to a Chicken Coop

Finally, chicken farmers will often encounter the issue of introducing new birds to a chicken coop.

Because chickens are naturally territorial and may bully new additions to the coop, it’s important to approach the topic of introducing new chickens or other birds to the coop carefully. Let’s look at some tips to help you bring more birds into a territorial coop.

First-time chicken owners may not be aware of the existence of the pecking order among chickens. However, the reality is that not all chickens will be friendly to new additions to the coop. This results in your chickens pecking or fighting each other, which may cause your chickens to get hurt, bleed, or in worst-case scenarios, they may die.

As such, you’ll want to adopt the slow introduction method when adding new birds to a coop. Monitor how your chickens take to the new bird and separate them if the situation gets out of hand. A slight peck now and then is common, and you should leave them be. This will help your chickens sort out the internal coop hierarchy by themselves.

However, if you notice that the pecking has not ceased after a week or if your chickens are hurt, it’s recommended that you remove the new bird and nurse them back to health first. You may then try to re-introduce them to the flock after. This method will take time and patience but can be rewarding when you see your birds living together.

Separately, getting birds that are of the same size can usually ease the tension of introducing new birds to a coop. This applies to whether you’re adding a new chicken or even a duck to the flock, as your birds would be more receptive to new birds that are usually sized similarly.

Although this does not mean you can place the new bird in the coop without supervision, you’ll notice that your chickens will be generally less territorial if they see a new bird of the same size being introduced to their coop.