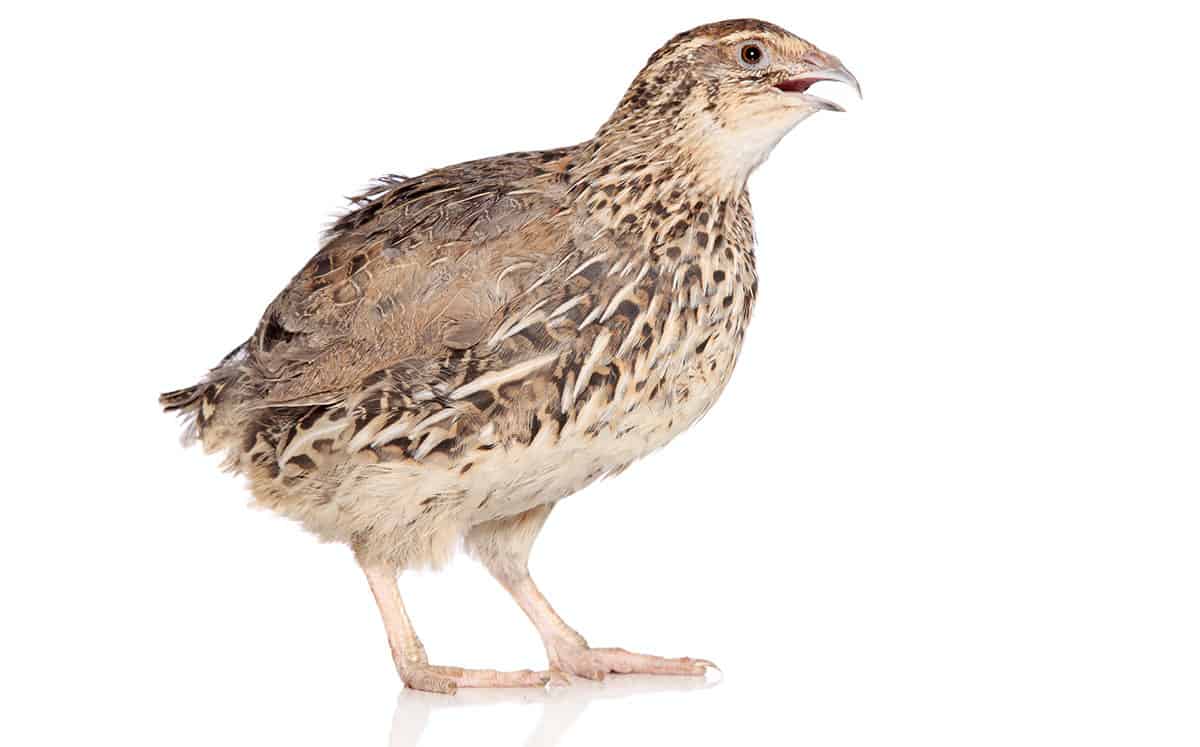 If you keep Coturnix quail, you have seen them fight. That’s how most poultry establishes a hierarchy. But how you should react to the fighting depends to a large degree on each poultry species.

Quails can be pretty mean to each other, and their fights can have serious outcomes. But sometimes fighting is needed to establish a social hierarchy. That’s why it’s important to know when to intervene and when to leave them alone.

Quail fight to establish a pecking order, and some fighting is to be expected. But continued aggression can have deadly consequences, and you should intervene by separating bullies and fighting pairs. The best way to avoid fights between quail is to provide space, hiding places, and the right male-to-female ratio.

Let’s dig a little deeper into why quail fight, when you should intervene, and how you can separate them properly.

Why Your Quail are Fighting

There are a few reasons why quail will fight. Usually, it has to do with establishing dominance in one way or another.

Young males fight viciously. Their hormones cause them to go more or less insane, and they will kill each other if not separated.

If you have hatched or bought your first quail chicks of mixed genders, then you will be surprised to see how your cute little bundles of down won’t remain as cute as they age. The males, in particular, will be trying to establishing their territory and access to females.

As mentioned, fighting to establish a pecking order is natural. But if they have too little space or there are too few females per male, they will continue to fight until one is dead.

Some roos can also be very violent towards the hens. Quail roos have a high libido and will try to mate multiple times per day. Mating involves a roo grabbing the hen’s head feathers and holding her down.

If a roo has too few females, he could hurt them by mating too often with the same hen. The same can happen even in a larger flock; if a male has found a favorite that he will not leave alone. You will notice this if one or more of your hens miss a lot of feathers on their heads or back.

Females do occasionally fight, too, although not as often. But that doesn’t mean they don’t hurt each other. In fact, they can be just as vicious. Is’ just that the hens don’t often fight; rather, a hen will be bullying and picking on a weaker hen. Sometimes several hens will be ganging up on one victim.

Often the female aggression is caused by one particularly aggressive hen who will be picking on either the same victim or all of the hens in general.

But this is not (commonly) related to bullying or fighting, but rather the quails’ low intelligence and curiosity. When they see something that looks like it could be eaten, they will start pecking it even if that thing happens to be another quail’s eye.

Usually, they will peck once without causing much damage, realize that it’s not food, and move on. But occasionally, they cause a small wound, which attracts the curiosity of other quails that will start pecking as well.

If a quail is being pecked in the eye, remove that bird immediately. Even if they have a minor injury not caused by other quails, that can still attract pecking, and you should separate it from the others until the wound has healed completely. Then reintroduce it back into the flock.

Try to keep the injured quail close by the flock, such as an adjacent run/cage or in the same run but separated by a mesh. This way, they will remain a part of the flock, and later reintroduction will be a lot easier.

Note, what might look like a lost eye could just be that the eye is shut due to the injury, in which case they will be able to see again within a few weeks. It can be surprisingly difficult to distinguish.

When Should You Intervene?

When quail fight, it’s serious business. A little chasing is not out of the ordinary; that’s how quail establish and maintain their pecking order. But if two males continue to fight or one quail (roo or hen) keeps chasing another, then we have an issue.

This will lead to bad injuries and, often, death. If a quail gets injured, it will be even more vulnerable to attacks from other members of the flock, especially if it’s bleeding. This will cause suffering and, eventually, death.

In these cases you should intervene to stop quails from fighting.

If you are unsure who is attacking whom, spend a few hours just looking at how they interact. You will quickly find out who is aggressive, and then you can separate them accordingly.

Can you Separate and Then Reintroduce a Quail?

Generally, you can reintroduce a quail that has been removed from a run due to it being injured. But keep an eye out for a few hours, as introducing any “new” members to a flock may cause some squabbles as they establish a new hierarchy.

You can typically also reintroduce an aggressive hen to the same flock after having separated her for a few weeks. The separation will sometimes “recalibrate” the hen and removed her aggressive habits. But make sure you keep a close eye out for a while.

How To Prevent Quail From Fighting

While fighting can be caused by one particularly aggressive roo or hen, it is often an indicator that something is not as it should be in the run.

link to Will Chickens Eat Ants, and Is It Safe?

Chickens are known for being helpful garden companions that eat all sorts of pests. In fact, chickens can keep many types of insect populations in check if you let them out to free-range. Do...

More and more people are interested in using duck eggs for baking. After all, they’re a bit of a culinary oddity. They’re bigger than chicken eggs, have a richer flavor, and a more robust...