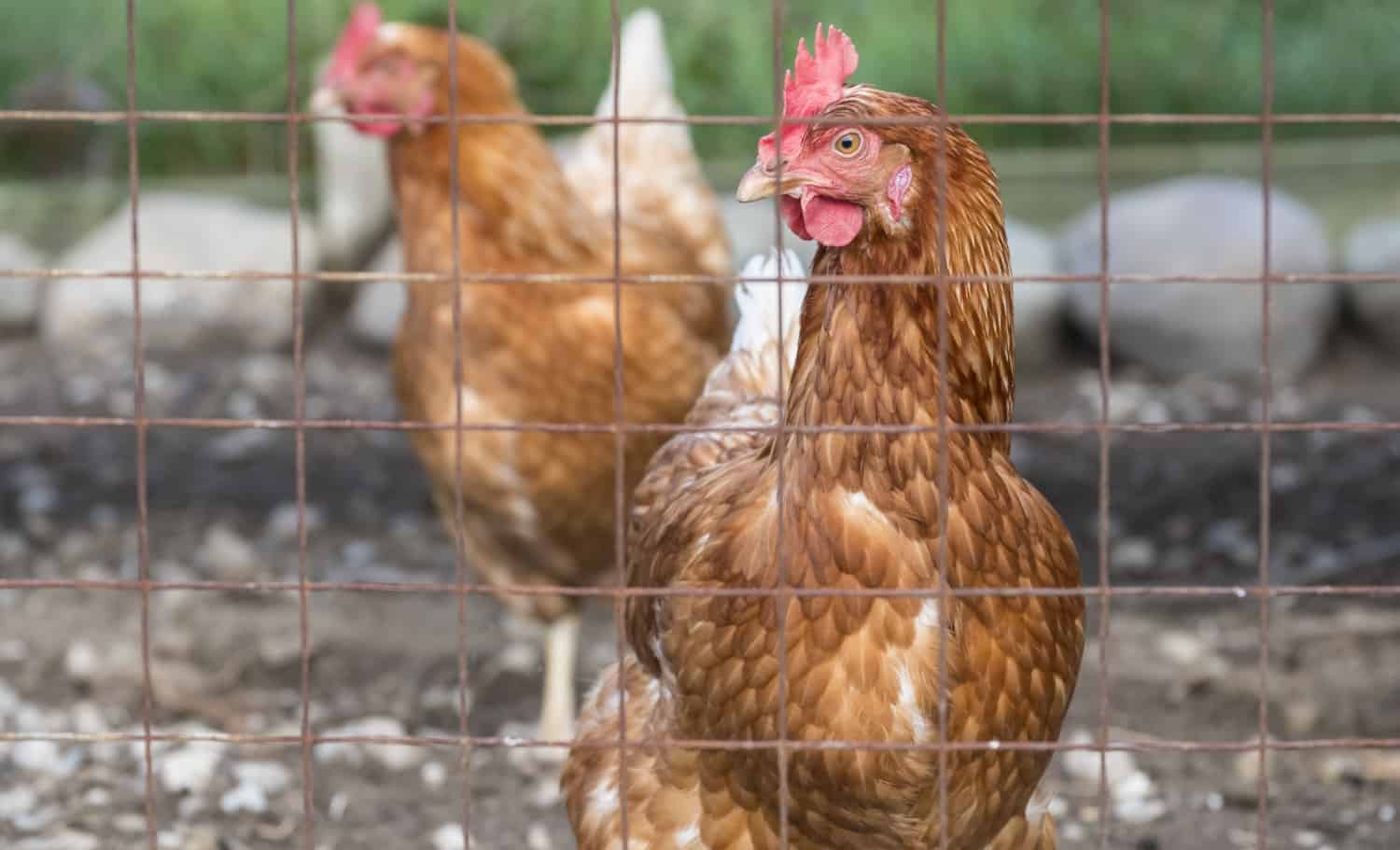 ISA brown chickens are known as the “everyman’s chicken.” They are very popular for first-time chicken owners and large egg producers alike due to their qualities as egg layers, their calm demeanor, and widespread availability. If you are a chicken keeper, it’s very likely that your first chickens were a flock of ISA browns. But do they provide good eating, and can you raise them as meat chickens?

You can eat ISA Brown chickens, but their meat is very limited, tough, and less flavorful than other chickens. But you certainly can eat them if you had to. I recommend making soup, broth, or mincemeat from your ISA Brown chickens.

In this article, we are going to talk about what makes these chickens poor meat birds and how you can best use the meat. We will also talk about how to fatten up young Isa brown chickens for meat.

What Are Isa Brown Chickens Used For?

ISA Brown (also known as ISA Warren) is a chicken breed that is almost exclusively used as egg-layers. It was first bred in 1978 with the intention to produce a strong egg layer with a fast maturity rate. They are not a breed in their own right but a mix of hybrid breeds, including Rhode Island Reds and Rhode Island Whites, with a closely-kept secret genetic mix of other breeds.

ISA is not a girl’s name but an acronym. It stands for Institut de Sélection Animale – the company which developed this breed of chicken. Because they are a hybrid of unknown genetics, you can’t breed them yourselves but have to buy them from a certified breeder or hatchery.

As ISA Brown chickens have been bred to be leaner and more effective egg layers than other breeds, they are very popular for industrial farming. But they also make ideal backyard chickens because of their docile nature and friendliness.

Isa Browns are also known for their sexlinked traits, which means sexual coloration is visible from the day they hatch. This is an obvious benefit for farmers who only want egg-laying hens, but it also makes it easier for many backyard keepers in neighborhoods where roosters are not allowed.

Why Are Isa Brown Chickens Not Good Eating?

Because ISA Browns are not dual-purpose but primarily egg layers, they are bred to use most of their energy to produce lots of eggs instead of “wasting” precious feed on developing muscle or fat. Being a lean bird with little fat on them, ISA brown chickens offer very little in terms of meat and flavor.

In addition to having less meat, dual-purpose breeds and meat chicken (broilers) have somewhat stringy, tough meat that is not great for eating. When compared to quality broilers, they are really not worth raising for the purpose of eating.

How to Utilize Isa Brown Meat

That being said, there is no particular risk to eating ISA Browns or any other egg-laying breed. Provided they are healthy; they are perfectly fine for human consumption. While I do not recommend raising ISA Brown chickens with the intention to eat them, if you happen to have hatched too many chicks or you want to harvest some of the older hens to make space for younger layers, it would be a shame to let the meat go to waste.

Here are a few suggestions on how to get the most out of your ISA meat:

Feed It to Your Dog

This is honestly your best option if you have an old hen that needs to go. If you have a pup or adult dog, then this is an excellent opportunity to feed your dog a more varied diet and give them some natural protein and omega 6 fatty acids.

Your dog will also appreciate this old chicken meat much more than your family would. You will need to ensure that the bird has been cooked and remove its bones before serving in order to avoid choking and harmful bacterial infections.

Fatten your chicken and Eat it young

No matter the breed or age of the hen, all chicken meat becomes tougher as the hen ages. This is particularly true for ISA Browns. Their very high egg production and high metabolic rate put a strain on the hen and make her meat tough, dry, and less flavorful.

If you already know that you will be eating some of your ISA chicks, I recommend you harvest them at around 16 weeks. They will be skinny and small, but the meat will be better than after she has laid a lot of eggs.

In the meantime, you can focus on fattening up your chicks while they are still growing. They should be fed a diet that is similar to broiler chickens. This means chick feed with +20% protein for fast muscle growth and cracked corn and weed for the extra calories to build up fat.

The key to utilizing low-quality chicken meat for your own consumption is to make slow-simmering dishes. Preparing the meat in a slow cooker or boiling will work wonders to soften the muscle fibers and make the meat more smooth, tender, and much less stringy.

Grinding is an excellent way to utilize tougher chicken meat. I recommend you use a quality grinder that will break the meat down and make it nice and soft. Mincemeat is ideal for use as a filling in casseroles, pies, or you can make healthy chicken burger patties.

Chicken soup is another great option. It’s easy to do and doesn’t require any special ingredients. All you need is a big pot, water, salt, chicken meat, and your favorite vegetables. Chicken soup is comforting when you’re sick and helps relieve cold symptoms. ISA brown meat is great for this purpose, as long as you boil it well.

If you are up to taking the time to pluck the chicken (as opposed to skinning), you might also want to consider using the meat and skin in a flavorful long-simmered dish like pot pie filling or hearty chili with beans. As long as you cook the meat slowly over at least 12 hours, it will be tender and juicy. Remember to use salt, peppers, and spices as the meat itself will not contribute that much flavor to the dish.

Another option is to make chicken broth. While your best meat chickens are better used for other dishes, making broth from ISA Brown chickens is a perfect way to utilize this lesser-quality meat. No one will be able to taste the difference between a lean egg-layer and a fat broiler chicken when you use the broth in soups, stews, and sauces. Here is a great recipe on how to make chicken broth.