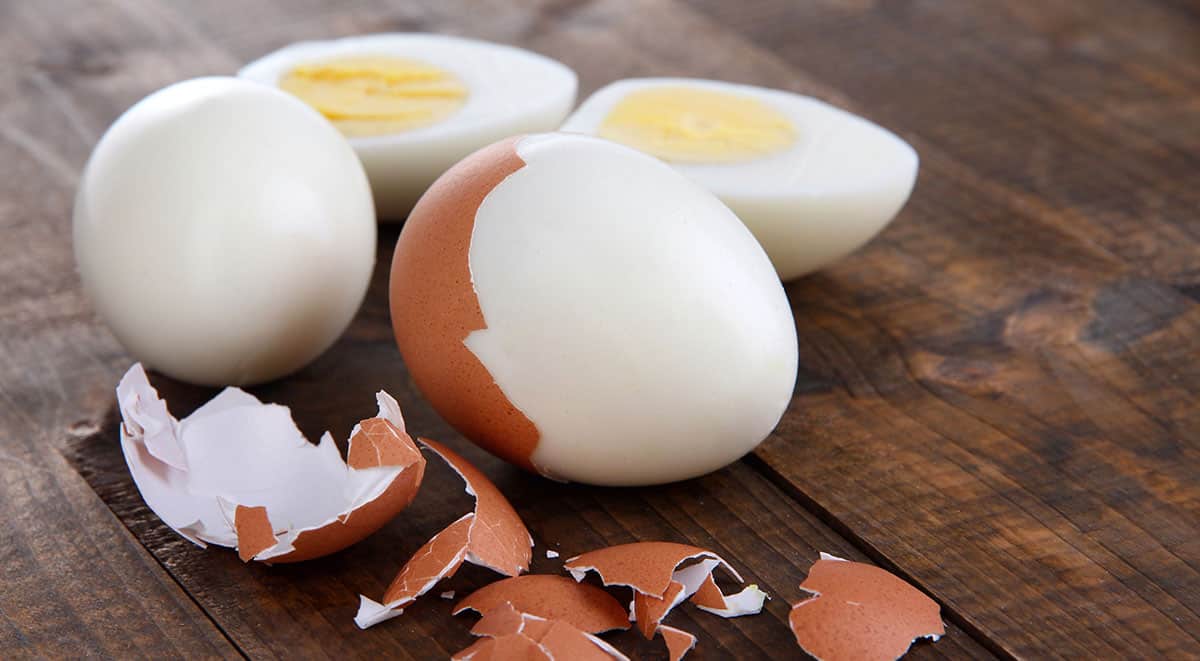 About four months ago, a friend of mine got her first baby chicks. She had bought a dozen fertilized eggs and hatched them in my incubator. Now those little chicks have grown up and started laying eggs. The first time that happened, my friend called me to ask if it’s safe to eat the chicken’s first eggs.

At first, I was a little surprised. As someone who grew up with chickens, I had never even considered this before. But upon closer reflection, I actually thought that was a good question. After all, the first eggs look smaller, they may have an odd shape, and apparently, there is a popular myth that you should toss out the first few eggs. So, what’s going on?

An unmedicated hen’s first eggs are perfectly safe to eat. They are often smaller when the hen is a young layer, and occasionally they will have an odd shape, but they are just as nutritional as the later eggs, and some chicken keepers say they even taste better.

The myth may not be entirely unfounded, though, as it might be rooted in the fact that pullets are sometimes medicated to keep them healthy while they grow. Depending on the type of medication, a hen may have antibiotics in their system when they start laying.

While this is commonly used in the industry, some backyard keepers provide medicated feed as well. However, not all medicated feed will affect food safety. If you use a medicated starter or grower feed, make sure to check the safety label or consult with your supplier.

So, shat should we be aware of in regards to our new layers, and when would an egg be considered unsafe to eat? Let’s talk a bit about young hens and eggs safety.

What Should You Do When Your Chickens Start Laying Eggs?

If you have hereto been giving grower feed to your chickens, it’s time to switch to layer pellets. If you don’t use pellets, you should consider what nutrients to add to the feed.

Laying chickens need lots of proteins (about 16 – 18% of their daily intake), which you may already provide in sufficient amounts. But they also need a lot more calcium for the eggshells and phosphorus. Layer feed contains the right amount of proteins and calcium for the development of good, large eggs; it also contains more Omega-3 fatty acids and other vitamins

Feed your chickens crushed oyster shells as well. Even though layer feed contains the right amount of calcium, most backyard chickens prefer eating what they can find in your backyard, and they may not eat enough of your pellets to cover the calcium needs. Oyster shells will also function as grit for their gizzards.

If you have a rooster in your flock, don’t worry. Roosters can eat layer feed once they have reached maturity. They will usually not touch the oyster shells, though, so make sure they have stone grit for their gizzard.

When your pullets approach maturity, set up some nesting boxes before they start laying. Without good nests, they will find other places to lay their eggs, making them difficult to find. When a chicken has decided on a favorite spot, it can be hard to break their habit.

Can You Hatch The First Eggs?

The first eggs from a young chicken may not hatch very well. These first eggs are usually much smaller and contain less of the nutritious egg white, which the embryo will need to survive during the incubation period. Wait until the eggs are of normal size.

It’s difficult enough to get a good hatch rate from a batch of “normal” eggs, and there is no reason to attempt what would be more likely to create sub-par results. In general, it is always a good idea to select the most viable-looking eggs for hatching.

When Should You Not Eat Chicken Eggs?

Besides people with allergies or other medical meditations, there are only a few instances when you should not eat chicken eggs: If the eggs are too old, cracked, or if the chicken is ill or on medication.

It goes without saying that old eggs should not be consumed. While old eggs are generally safe unless they smell bad, there is no reason to take the chance.

But how do you know if an egg is too old to eat? As a chicken farmer, you occasionally find hidden eggs that may have been stored away in a secret hiding spot for a long time. Or you may have mixed your fresh eggs up with the older ones.

As eggs age, more and more gas builds up inside them. Therefore you can use this float-test to determine if it’s too old:

Fill a glass with water and put the egg in the water.

A great way to make sure you always eat the oldest eggs first is by using an egg skelter like the one below. Besides making it easy to sort your eggs by age, they also look pretty neat in the kitchen.

Broken or cracked eggs should not be consumed unless they cracked recently and in a clean environment. Intact eggs will last long due to the shells and a protective coating on the outside of the egg. But as soon as this protection is broken, they can go bad quickly.

Bacteria love the nutrient-rich egg white and yolk, and they can multiply at a very high rate under the right conditions. While most (though not all) types of bacteria are killed when cooked, they may have already produced toxins that are not affected by heat.

You may get away with eating an egg that has a slight crack if you cook it well, but why take the chance?

In the case of serious illnesses, the chicken will usually lay a lot fewer eggs or stop laying entirely. But what about the eggs that they do lay? And what do you do if you find out that one of your chickens are ill, but you can’t distinguish her eggs from other eggs?

Of course, that depends entirely on the illness. Most chicken diseases can not be transmitted to humans, and cooking the eggs will kill most bacteria and viruses. Worms and parasites very rarely infest eggs, and they, too, are killed by high temperatures.

So if you have already eaten an egg only later to find out that the hen that laid it may be ill, I would not worry. However, I would have a veterinarian look at the chicken, primarily to prevent the disease from spreading to the rest of your flock, but also to check for the few poultry diseases that can infect humans.

Another reason not to eat an otherwise healthy egg is if the chicken is on medications. As mentioned, some poultry medications (such as antibiotics) can be detected in the eggs and should not be consumed by humans or pets (like dogs). Ask your veterinarian if the eggs are safe to eat. If not, make sure to ask how long you need to wait. You will often have to discard all eggs for two to four weeks after giving them the last dose.