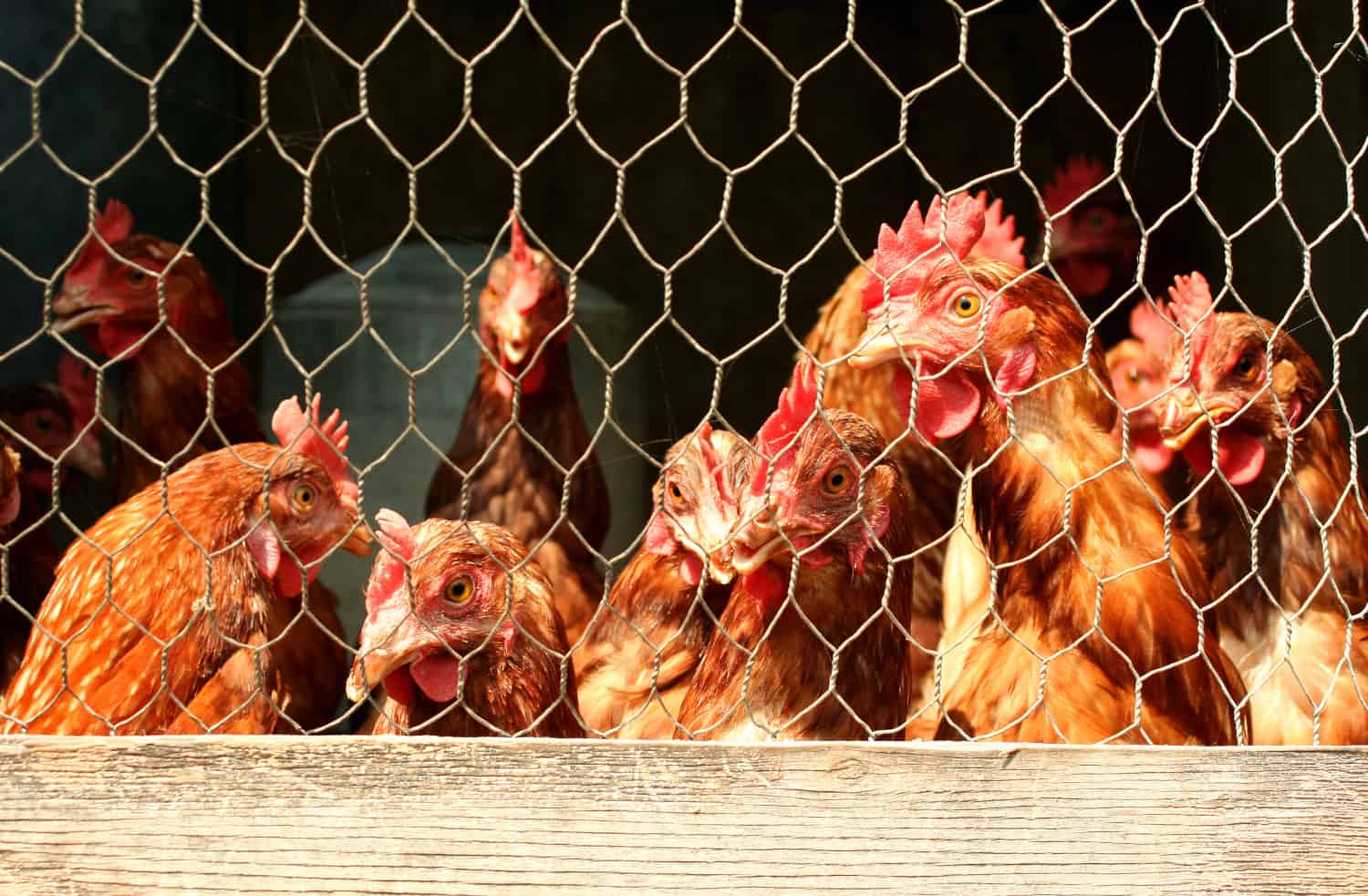 Almost all chicken owners want their flock to have the most comfortable and enjoyable life possible. This means providing them with a spacious or roomy chicken coop and letting them out in a run during the day. But how long can you leave chickens inside the coop? What are some reasons why someone would choose to do that? And when might it not be necessary?

Chickens are curious creatures that need stimulation. They should be let out for at least six hours every day if possible. If they can’t enjoy the outdoors, make sure to give them a comfortable place in their coop with plenty of food and water.

This article will discuss what you should do if your chickens are not getting enough time outside and how to keep healthy chickens even if you are not there to look out for them all day.

Can Chickens Stay in the Coop All Day?

Sometimes you need to be at work all day or visiting friends or family and be gone from early morning to late evening. Perhaps you don’t feel comfortable letting the flock out without supervision in case they get attacked by a predator. But how long can they stay in there?

The answer varies, but generally, it’s safe to say that you should give them at least six hours outside during daytime hours. Keep in mind that your flock will need some time to get used to being out from their coop and may need to explore around before settling down to eat or drink water.

In theory, they can be inside all day if the coop is large enough. However, happy and healthy chickens require fresh air, sunlight, and room for exercise.

Once in a while is okay, but if you often need to keep them indoors for most of the day, make sure to build a coop that lets in lots of natural light. There should also be sufficient food and water, a place where they can dust bathe, and at least 8 – 10 square feet of space per chicken.

A cramped space will significantly increase the risk of boredom, resulting in fighting and picking their own feathers. Consider throwing chicken scratch on the floor that they can forage on along with other forms of entertainment. And make sure to remove chicken poop often to prevent diseases.

Considering that millions of industrial chickens are kept in tiny cages with no natural daylight, most semi-free-range conditions would be considered an improvement. However, I assume you don’t want to compare your backyard chickens to the lowest common denominator. There is also the point that chickens used to better conditions will probably be less able to handle being shut in a chicken coop for long periods of time.

How Long Should You Leave Chickens in the New Chicken Coop?

Many people believe that the best way to acclimate your backyard chickens to a new coop is by keeping them in their coop continuously and gradually introducing the outside environment over time. This is not necessary.

If you don’t have a run at all and plan to free-range all the time, I recommend using temporary garden netting to create a temporary small run. This will allow them to be outside while getting used to the surroundings and learn where to roost in the evening.

Do You Need to Keep Them in the Coop?

Often, chicken keepers decide to have their flock locked up in the chicken coop during the day because they are not able to keep an eye out for foxes, raccoons, or other predators.

But there are other ways to keep your girls safe without keeping them confined to the coop. You could build a predator-proof run. Having a predator-proof chicken run allows the chickens to go outside all day. And you will no longer have to open and close the coop door every morning and afternoon.

What if there are bears around? Bears can easily destroy a run, and ordinary electric fencing may not be powerful enough to keep them out. Although keeping the chickens locked up in a coop may stop a bear, either. Unless it’s a very solid construction.

If bears present a threat, electric fences can be set up around the run at about twenty feet from the enclosure. This will deter the bear before it gets too excited about the potential for chicken dinner.

When to Let Chickens out of the Coop?

Chickens should have the option of spending most of their days outside, and ideally, you should let them out in the morning when the sun is rising. If this is not possible (say, you work night shifts), an automatic door opener (like this one) can be installed so that they will have access to fresh air and sunlight even on those days.

It is not absolutely necessary to let the chickens out at the break of dawn, but if you are a morning person, you may as well let them out when you can.

When Should I Put My Chickens Back into Their Coop for the Night?

Chickens will go inside the coop on their own when it gets dark and stay there until morning. Unless you live in a place that doesn’t experience sunset during the summer (e.g., north of the Arctic circle), there’s no reason to put them back inside the coop. All you need to do is close the door when they are all in.

Why Are My Chickens Staying in the Coop?

If you open the coop door and your girls refuse to leave, this is often because they are scared of something. A few things that might have spooked them are a passing animal, nearby thunder and lightning, or the sound of fireworks. If they have recently survived a predator attack, they may be traumatized, and it can take days before they venture back outside.

If your flock has been moved to a new location, they may also be wary of exploring an unknown environment. Sometimes it’s something as simple as a ramp leading into the coop that is too steep for them, and they need a ramp with fewer steps or some other modification.

With outdoor hens, it can be difficult to determine what might have frightened them so much that they refused to leave the coop. But they will eventually come out as long as there is no good reason for them to be scared.

If they still refuse to leave the chicken coop, it could be because they are ill or injured. Look out for signs of illness and injury such as a drooping head, coughing, shivering, or diarrhea.

If they don’t have any symptoms of health issues and refuse to leave the coop, you may have to carry them out the first few times. Some chickens just need a little more convincing than others, and they’ll get used to it in no time.

Chickens should be let out of the coop for at least a few hours each day. If it’s just a one-time occurrence, they will do fine being locked up inside the coop for one day. However, if it is happening more often than that, then I recommend considering predator-proofing your run so they can be safe outside while you are not around to watch over them.