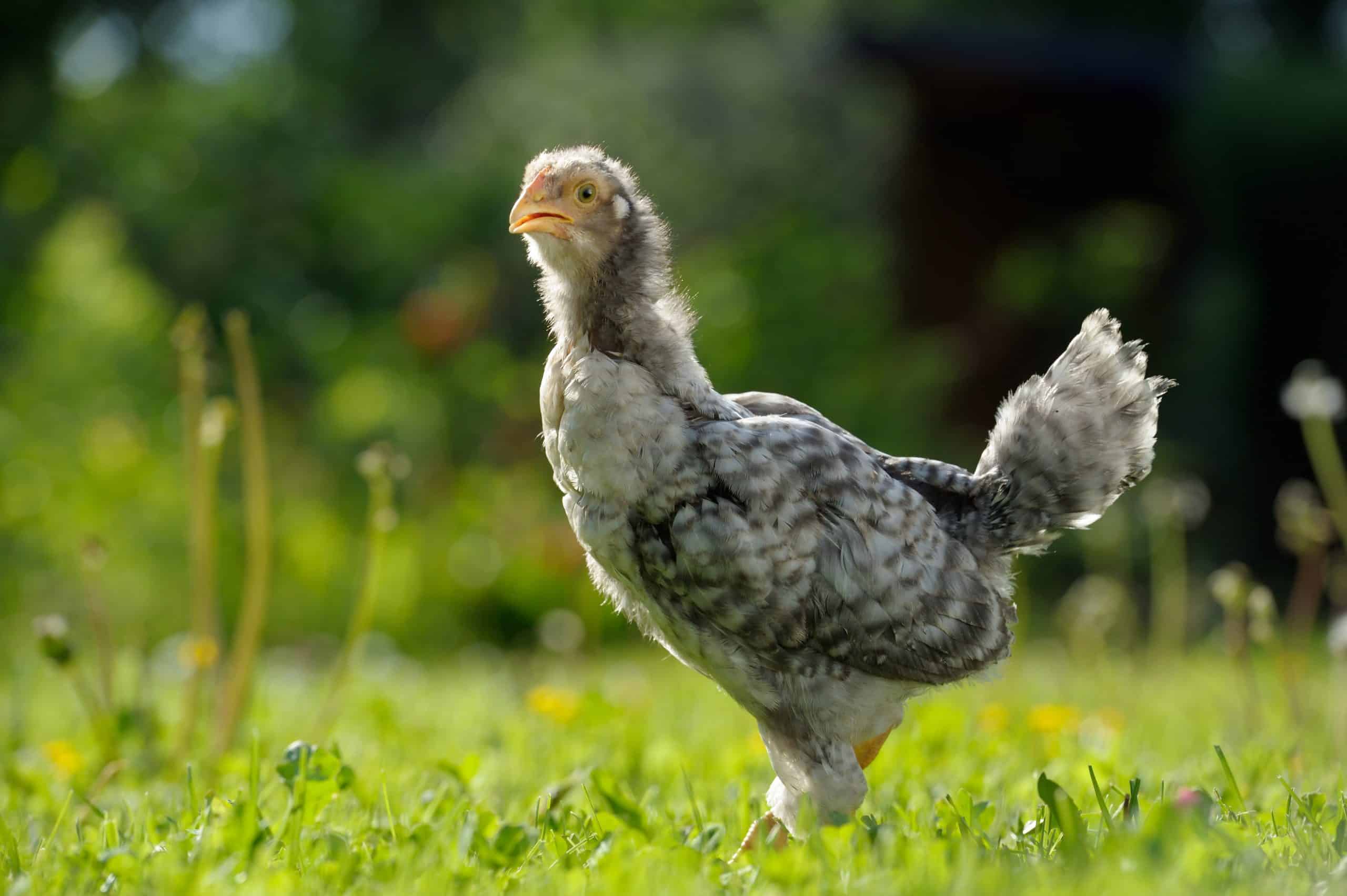 As a backyard chicken keeper, you get used to the behaviors and oddities of your own chickens. Then, something unexpected happens. You notice that one or more of your chickens has suddenly begun yawning.

Usually, chickens yawn because they are adjusting their crop. There’s also a chance that the yawning is an attempt to move feed down your chicken’s esophagus. In more severe cases, your chicken’s yawning might be because something is stuck in its crop, or your chicken has gapeworm or respiratory disease.

It is often difficult to determine which of the above that might be causing your chicken’s yawning, even for experienced chicken keepers. So, let’s go over the details and how to handle each of them.

The thing about human digestion is that the body does it completely naturally. When it comes to your backyard chickens, your chickens actually play somewhat of a role in their own digestion.

The “crop” of a chicken sits at the front of its body in the chest or breast area. This is where the food goes after your chicken eats it, and it progresses down the esophagus. You’ll notice that your chicken’s crop is a bit swollen and larger after eating.

Sometimes, the crop can get a little uncomfortable for the chicken. This might be because your chicken has eaten too much at once or simply didn’t digest its food right.

In these cases, a chicken will look like they’re yawning.

This is sometimes called “adjusting” or “rearranging” their crop. Your chicken is basically relieving the discomfort it might be feeling after eating a large meal.

This is completely normal and is not a cause for concern in most cases.

Moving Feed Down Their Esophagus

Digesting food isn’t always easy for chickens. In fact, the food can sometimes get caught up or slowed down in the esophagus as they’re swallowing.

In these situations, your chicken will help the digestive process.

When your chicken extends its neck and looks like it’s yawning, it might actually be trying to help the food down the esophagus. This forces the muscles in the neck to extend and encourages the food to travel toward the crop.

This is not a cause of concern unless it seems to happen quite frequently.

Yawning in chickens is usually not a cause for concern.

But, when your chicken seems to be yawning more often, your chicken might actually have something caught in its esophagus or crop. This can be deadly if left untreated.

The thing is, your chicken isn’t really yawning. Your chicken is actually gasping for air because it’s choking on something. This is usually called “impacted crop.”

It’s very easy to tell if your chicken has an impacted crop.

This can be anything from food to straw.

Keeping your chicken safe from straw is your responsibility as a backyard chicken owner. If you notice that your chickens have a tendency to eat the straw or hay in their coop, you might want to use smaller wood shavings instead.

The good news is, there are a few things that you can do on your own at first to see if you can treat this condition at home.

Often a straw or bit of grass is visibly sticking out of her beak, and all you need to do is pull it out. No doubt your chicken will appreciate that gesture.

When push comes to shove, you need to go to the vet.

Less often, a chicken’s tendency to yawn might be caused by gapeworm.

This is a condition where worms begin taking over the respiratory tract of your chicken. These worms will live and thrive in your chicken’s windpipe. When your chicken is yawning and has gapeworm, it’s actually trying to relieve the discomfort caused by these parasites.

You might notice that your chicken is having trouble breathing and hisses with each breath or yawn. Your chicken might also breathe with an open mouth and awkwardly extend its neck to get rid of the worms.

Chickens with gapeworm will have a lower appetite and feel tired more often. You’ll also be able to diagnose this condition on your own by putting a cotton swab in your chicken’s throat and seeing if red worms appear on the swab.

Keep in mind that this condition moves quite rapidly.

Within a few short weeks, the symptoms will become quite apparent in your chicken. It’s important that you separate your sick chickens from the rest of your chickens in order to provide care and prevent further spread.

If you suspect one or more of your chickens may have gapeworm, this article will help you understand more about the condition and how to manage it.

Prevention is key when it comes to gapeworm.

Work to keep your chicken coop as clean as possible. Make sure you’re switching out the litter as often as you possibly can and separate your chickens as soon as you notice signs of gapeworm or other illnesses.

Most importantly, pursue treatment when necessary!

This condition is actually fatal when it becomes severe. That’s because it can completely block the windpipe and the esophagus, leaving your chicken without food, water, and then air.

Treatment includes a medication called Flubenvet. This can help to kill the worms. But, you should be treating all of your chickens, since you might not know how many were exposed to the gapeworms.

The least common cause of yawning in chickens comes from respiratory disease. Just like with gapeworm, the yawning that you see in your chickens is actually an attempt to gasp for air rather than a display of tiredness.

These respiratory diseases are usually caused by bacteria or viruses.

Respiratory disease in chickens usually comes with other symptoms in addition to yawning, including open-mouth breathing, low appetite levels, weight loss, eye discharge, and even coughing.

One of the best ways to treat respiratory disease in chickens is by preventing it altogether. This can be done by keeping your chicken coops sanitized and clean as much as feasibly possible.

You’ll also want to make the effort to keep the air clean and flowing. You can do this by making sure that air is constantly moving in your coop, keeping fresh air coming in, and also keeping humidity levels as low as possible.

Vaccinating your chickens is also a fabulous idea.

Respiratory disease in chickens can absolutely be deadly, so it’s your responsibility to treat your chickens when these signs arise.

Treatment is very much possible.

You need to schedule a vet visit to get a series of antibiotics to treat the condition. You’ll also want to separate the sick chickens with the rest of the chickens to keep the condition from spreading as treatment continues.

Chicken yawning usually is very innocent and doesn’t pose an immediate risk. If your chicken is simply adjusting their crop or helping food down its esophagus, then there’s nothing that you need to do to correct this issue.

Here’s when you will need to intervene and possibly see a vet: