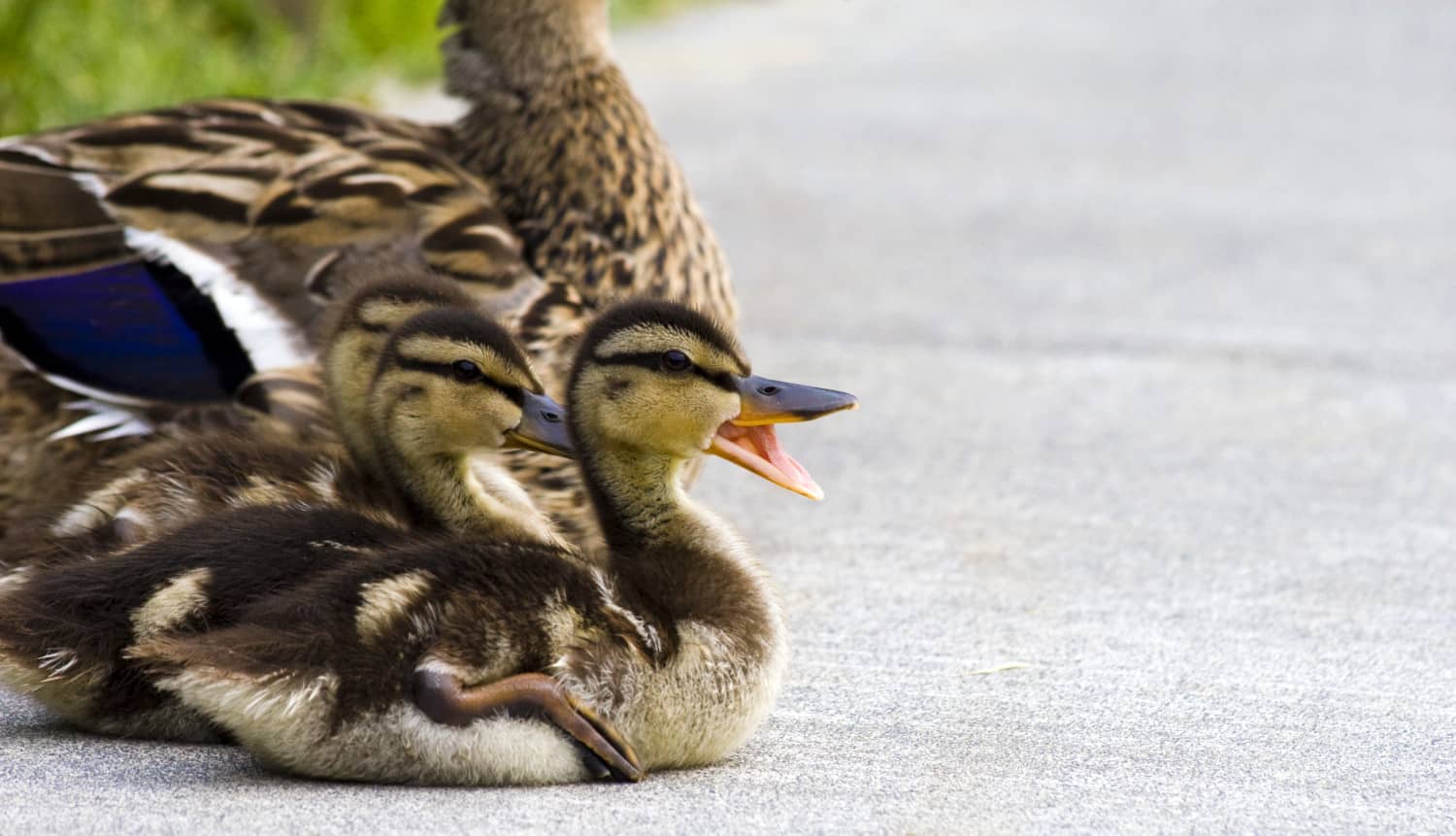 So you’ve had ducks for a while now, and you’re starting to figure out how they operate. Then one day, you notice one of them began yawning a lot. Naturally, you wonder if this is normal behavior or if something might be wrong with it. What could have caused this? Could it be sick?

Ducks yawn for a variety of reasons. Common reasons to yawn are the same as those for humans, such as being tired. Another reason may be food stuck in the esophagus, dirty nasal passages, or respiratory disease. In a few rare cases, gapeworm or infection may be the culprit.

It is sometimes difficult to determine what might be causing your duck’s yawning, even for experienced duck keepers. So, let’s go over the details and how to handle each of them.

1. Your Duck Is Just Yawning

I’m sure you’ve yawned without wondering why. It’s a completely natural response to being tired, right? Ducks get tired as well, just like people do, and they yawn for the same reason. If your duck is eating, drinking, and acting normal otherwise, then they’re probably fine and just need some sleep.

There are several theories why humans and animals yawn when they are bored or sleepy. Some believe it’s a way to get more oxygen, and others think the stretching of our neck may increase the heart rate and make us feel more awake. Others again say that when we yawn, we are activating a process to release a substance that helps keep the lungs from collapsing.

Whatever the reason, yawning is something that’s pretty common in the animal kingdom and usually nothing to be overly concerned about.

2. Your Duck Is Swallowing Food

When ducks eat, you’ll sometimes see them with their beaks wide open. If your duck gets excited or nervous, they might also start swallowing food quickly without “chewing” it enough.

If this is the case, it most likely isn’t something to worry about. Keep in mind that ducks are natural foragers, and some gulp their food down when they find a new treat or something they’re excited about.

They might also do this if there’s not enough water available to soften their feed properly. Ducks need water to help them digest their food, so always make sure you provide enough for them to drink; otherwise, they can end up swallowing the food whole and having it get stuck.

To prevent this from happening, keep water available to them at all times. While we all try to make sure our ducks have plenty of water, sometimes they’re just a bit too far from the current source. If your duck is doing this, try bringing them some fresh water so they can soften up their feed before swallowing it.

3. Something Is Stuck in the Esophagus

Sometimes the food can get stuck in the esophagus. In this case, the duck will stretch its neck because it helps to get the food moving again. Usually, that will do the trick, and your duck will be fine.

However, if the food is seriously stuck, you should help your duck to keep it from choking. You may see a straw, twig, or grass sticking out of your duck’s mouth, in which case you can easily remove it by hand.

If you can’t see anything sticking out of their bill, you can try to be very gentle and massage the duck’s throat in a downward motion. This should encourage the food to move down and not get stuck again. If that doesn’t help, try using water to make the food softer and easier to swallow. In some situations, you might need professional help from a veterinarian or animal expert in order to safely remove whatever is stuck in there.

Unlike chickens, ducks need to be able to submerge their bill in water. This is to clean out their nostrils. Always make sure your ducks have access to at least a couple of inches of fresh water so they can properly rinse their nostrils.

If anything gets stuck, like, for example, dust or something else they picked up while feeding, they may not be able to clear it out and end up suffocating. If you notice something is stuck, try picking it out with your fingers. A paper towel may work well but make sure to use something very soft so that you don’t hurt the bird’s sensitive nostrils.

5. They Are Upset or Excited

Some ducks hiss or breathe loudly with an open bill. This is particularly the case for Muscovy drakes, but many other breeds will also do this if they are in defensive mode.

If your duck is hissing or breathing loudly, it may be upset. This can happen if the bird feels threatened by something or if it is simply reacting to something that it doesn’t like. This could be, for example, when someone tries to touch or pick up the duck.

Excited ducks may also rapidly open and close their bill while wagging their tail. Similar to a dog wagging its tail and for similar reasons. This is often seen during mating season or when a favorite person enters the duck run.

Occasionally, a duck’s inclination to yawn is caused by gapeworm. This is a condition in which worms enter your duck’s respiratory tract and multiply. These parasites will live and proliferate in your duck’s windpipe. When your bird yawns due to gapeworm, it is attempting to alleviate the pain caused by these pests.

If your duck is extending its neck, looks like it’s having a hard time breathing, and it hisses or wheezes, it might have gapeworm. Low appetite and low energy are also signs of this condition.

Some people think you can check for gapeworm by swabbing with a feather or a cotton swab. But, contrary to common belief, gapeworms do not live in the esophagus but the trachea (windpipe). You do not want to risk choking your duck by trying to force a swab into the trachea.

The safest thing to do is have your duck tested by a veterinarian who will be able to tell if it has gapeworms. Veterinarians can also prescribe medication for your duck and give them directions on how to take care of this condition, which is highly contagious among birds.

If you suspect one or more of your ducks may have gapeworm, this article will help you understand more about the condition and how to manage it.

Like, gapeworm, respiratory infections can cause your duck to yawn. Many of these diseases cause the same symptoms that gapeworm does, such as wheezing and trouble breathing.

Some of these conditions include avian influenza, Newcastle disease, chlamydiosis, fowl cholera, ornithosis, and so on. Your duck will become weak if it has any of these illnesses. In addition to “yawning,” respiratory diseases usually come with symptoms such as decreased appetite, eye secretion, and coughing.

The best way to fix this problem is by taking your duck to a veterinarian who can properly diagnose any respiratory disease. Then you’ll know which condition your duck has and how you can cure it in the most effective manner possible for their comfort and well-being.

As you can see, a duck may yawn for a variety of reasons, and usually, it’s nothing to be concerned about. Most of the time, yawning is a natural behavior for sleepy ducks. They may also yawn because they are swallowing food. It could be that something is stuck in the esophagus, or it might be dirty or clogged nostrils.

One way to know what is going on is to observe your duck’s behavior. Check if your duck seems sick, depressed, not eating, losing weight, not growing as it should, unexpected drop in egg production, etc. These are signs that there may be an issue with the duck, and you should take them to a veterinarian immediately.

Related reading: 5 Reasons Your Chicken is Yawning and What to Do About It