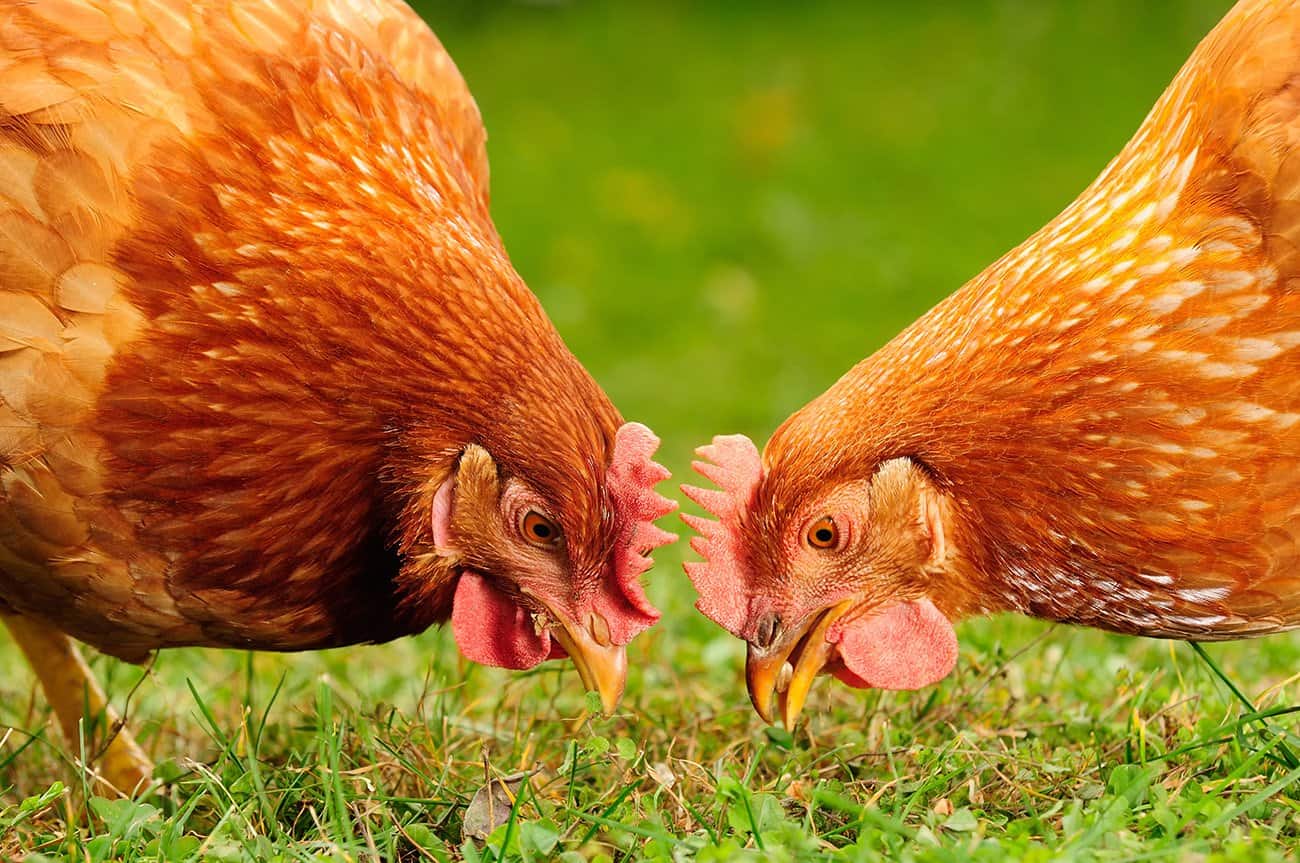 When friends and family see our happy chickens, they usually get inspired to build a coop of their own. But they often own a relatively small garden, so they wonder if two chickens are sufficient.

The typical comment goes like this: “I really like the thought of having a few chickens in our backyard, but I feel that more than two would be too much work and take up too much space“

I understand why many are hesitant to get more than just a couple of chickens. Because that is exactly how my wife felt when we were getting our first flock together. While my family has been keeping chickens for generations, she was a lot more uncertain about this poultry project, to begin with.

We did end up getting eight, which she never regretted. But you may not be up to eight. You may not even want three. And that’s fine.

Two chickens are enough. They can easily keep each other company. Although tree or four is preferable, as you will inevitably lose one before the other. Getting more than two chickens will save you some difficulties in the future.

In most cases, two chickens that live “alone” will be very close friends (so to speak). They stay together while searching for food in the backyard, and they roost next to each other in the night.

They will also warn each other of impending danger and generally behave as chickens do in a larger flock.

If you plan on having just two chickens, make sure they are of similar size. One will inevitably be the “leader,” but she should not be towering over the other. I have seen large chickens live peacefully with much smaller bantams, but in my experience, that is not the norm. In general, the largest hens will bully the smaller ones, just like they will often dominate younger chicks of the same breed.

All chickens fight. That’s part of their pecking order. But in a harmonious flock, the fighting will be limited to a few pecks here and there to establish and maintain the hierarchy.

When two chickens of equal size live together, their fighting will usually be limited to a bit of chasing each other when one finds a worm.

And although chickens are very sociable animals, I have never seen any indication that a larger flock is better for their living standards. Keeping a rooster does seem to keep a flock calmer and prevent some power struggle among the hens, but that’s a different subject.

Provided they have enough space and don’t get bored; you can expect two hens to live happy and peaceful chicken lives.

Do Not Get Just Two Young Chicks

While keeping two adult chickens is possible, this is not the case if you plan on starting your career as a chicken keeper by buying baby chicks. In that case, two will not be sufficient.

The likelihood of one chick dying is very high, in which case you’re stuck with one, lonely, chick, that will chirp loudly (and sadly) for hours on end.

And, as chicks grow very quickly, an age difference of just a few days makes a big difference. To avoid serious bullying from the larger ones, you would have to find a replacement that has hatched on about the same day.

Another reason to get more than two chicks is that some may turn out to be roosters. Even reputable hatcheries make mistakes when sexing newly hatched baby chicks. And unless you’re okay with having a rooster, that would also send you on a hunt for more chicks of the same age.

Therefore I highly suggest that baby chicks should always be bought or hatched in groups of at the very least four. Preferably more.

Two chickens May Not be Enough for You

Most people want chickens for one or both of these two reasons: Pets and eggs.

If treated well, chickens can be very tame and often follow you around the garden. They will greet you when you come home, and they will hang around wherever you are. Many children also enjoy holding and petting their favorite chicken.

If your primary reason for getting chickens is to keep them as pets, then two could be enough.

Keeping fewer chickens will also minimize feed costs, although buying chicken feed will not make much of a dent in your budget either way. And if they have a large run or access to your garden, they will prefer bugs and plants to your feet pellets any day.

If you want eggs, two chickens may not be enough. At least not for families with kids.

Depending on the breed, a typical chicken will more or less lay one egg daily during spring and summer. As it gets darker, they will lay fewer and fewer eggs and often stop laying entirely during the winter. You can keep them laying by adding lights to the coop, but I prefer to give them some well-deserved rest and instead freeze a few eggs during summer.

We often consume more eggs than we think. Especially if we have easy access to these fresh, delicious protein bombs right in our backyard. A family of four will use about four eggs a day for cooking and eating. In which case, four to five hens are necessary to remain self-sufficient.

Besides, having too many eggs is better than having too few when you need it. And the neighbors will love you for sharing any surplus eggs with them.

Why Having Three or More Chickens is Better

Like every other living being, chickens die. And most times, one will die before the other. That may be from old age, disease, or a predator attack. And then the remaining chicken will be left alone.

Getting a new friend for your lonely chicken can be surprisingly difficult. She may react very strongly to the loneliness by pacing up and down the fence, calling for her friend. And the noise from a lonely chicken will sadden even the coldest of hearts.

Finding a new chicken may take a few days if you’re occupied by work and/or unable to find her another roommate. Make sure the new chicken is about the same size.

Whenever you introduce chickens to a flock, a new pecking order has to be established. That is normal. But a hen that has only ever been used to one other chicken may react more strongly to the newcomer. She may reject her new friend for quite a while. Potentially behaving aggressively. So keep an eye out for at least a few hours, just to make sure they won’t hurt one another.

Usually, this will last a few days, and things will return to normal. But not always.

Should I Get Two or More Chickens?

In short, keeping only two chickens is by no means animal cruelty, nor does it prevent them from living their natural social lives.

Besides, if you’re like most chicken keepers, you will soon wish for many more anyway. You think you won’t, but you will.

link to Everything You Need to Know About Frizzle, Frazzle, and Sizzle Chickens

Have you ever seen a chicken with curly feathers and thought to yourself, "Now that's a bird I'd like to get to know better?" Well, today is your lucky day! This blog post will tell you everything...

Continue Reading
link to Keeping Turkeys with Chickens: What You Need to Know

If you're thinking of adding some turkeys to your chicken coop, you're not alone. More and more people are interested in keeping turkeys as backyard poultry. But is it a good idea to keep turkeys...